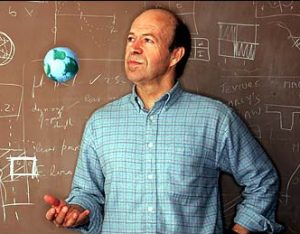 “It has become clear that because of the long lifetime of atmospheric carbon dioxide, much of it staying in the air more than 1000 years, we must move promptly toward nearly carbon-free energy. Wind energy should be a major contributor. If the next President will support development of a national low-loss electric grid we can move toward 100 percent renewable energy for electric power, as needed for energy independence, a cleaner atmosphere,and preservation of creation, the planet that civilization developed on over the past several thousand years.”

James Hansen
Visionary pioneer in the science of climate change